Skip to content
Did you miss out? Enjoy Buy 2 Get 1 Free all week long! Coupon Code "FomoBogo" at checkout...
Menu

If you're reading this on the day I'm sending it, then you should go ahead and check your calendars, because it's officially Friday the 13th. Ooo, spooky!

I realized that I always thought that Friday the 13th is just a fun, kind of eerie day on the calendar. And that people associate it with bad luck, right? But I didn't actually know what the meaning behind it all was, so I did myself a little research.

We all know the number 13 has basically been considered unlucky since...forever.

There's an old Norwegian myth out there that says there were 12 gods at a dinner party who had an uninvited guest show up. After that, all of the 12 gods had a fight which basically caused the entire world to fall into darkness. You know, all casual stuff like that.

The origins of why Friday the 13th specifically is a superstitiously unlucky day are a little less clear. Friday is potentially thought to be the day that Eve ate the forbidden fruit...and also the day Jesus was crucified. So there's religious ideas tied up in it. From there, people seem to have taken that idea and ran with it: you know, Friday the 13th the movie and all.

More specifically, on Friday the 13th, 1307, the French King gave the order to arrest hundreds of the Knights Templar (a large, fairly secretive Christian army.)

So, naturally, all things considered, because it's Friday the 13th, I will be wearing a black outfit. Even though we don't know 100% why Friday the 13th is spooky, I'm fully running with it. Because no matter the excuse, I love to get festive. These are some of the outfits I'm going to be considering. Maybe I'll even do an outfit change halfway through. 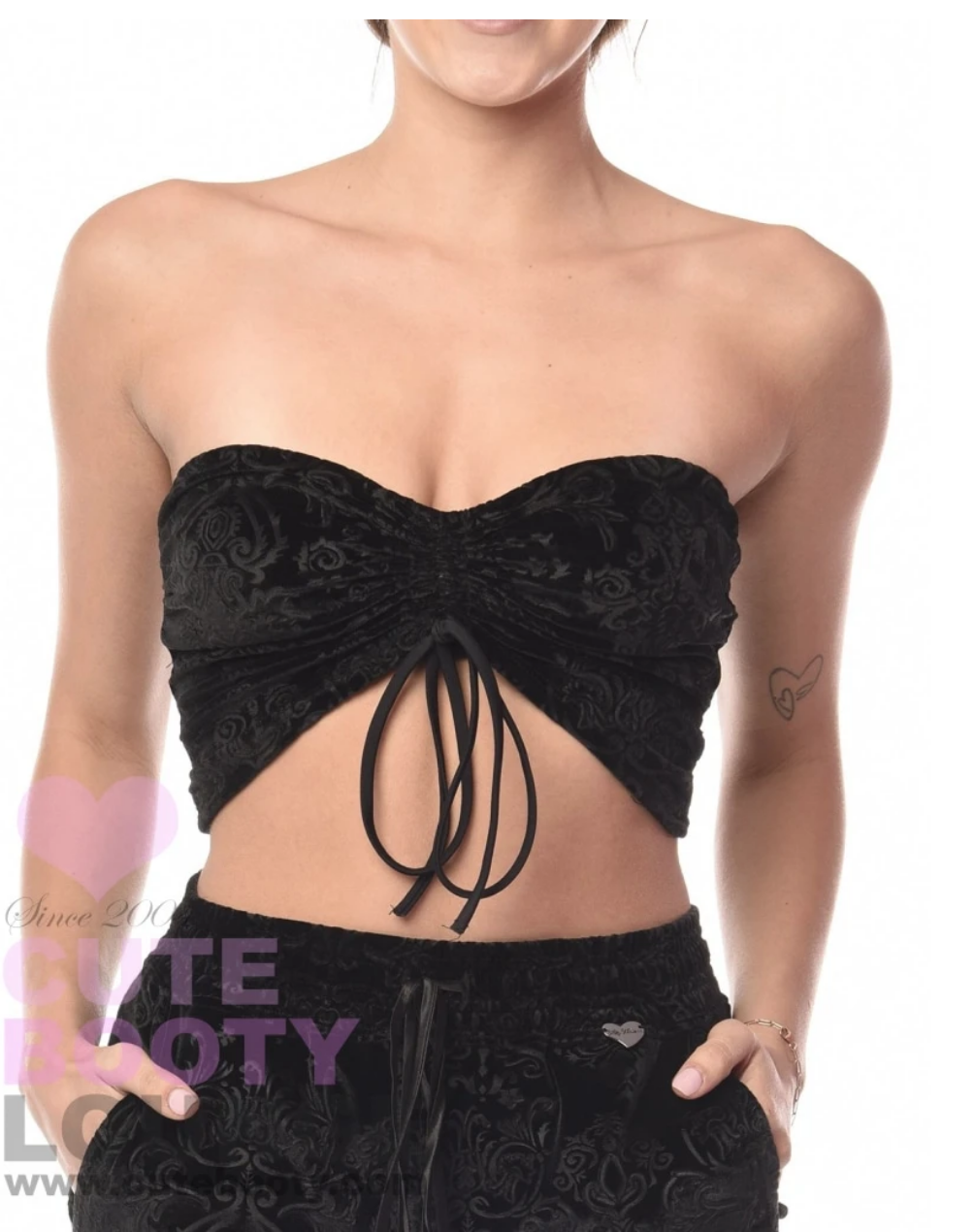 This Velvet Heaven elevated tube top is one way to show off your holiday spirit. Of course, it comes with matching joggers. But did you know it also comes with a matching hoodie? Yep, it's because I love you, lol. But seriously, where are you gonna find a velvet scrunchy tube top with a matching set like this that you can wear anywhere else? Throw the jacket on over it when it gets cold or to cover up a little, and unzip it when you're dressing to impress. (Which is all the time.) 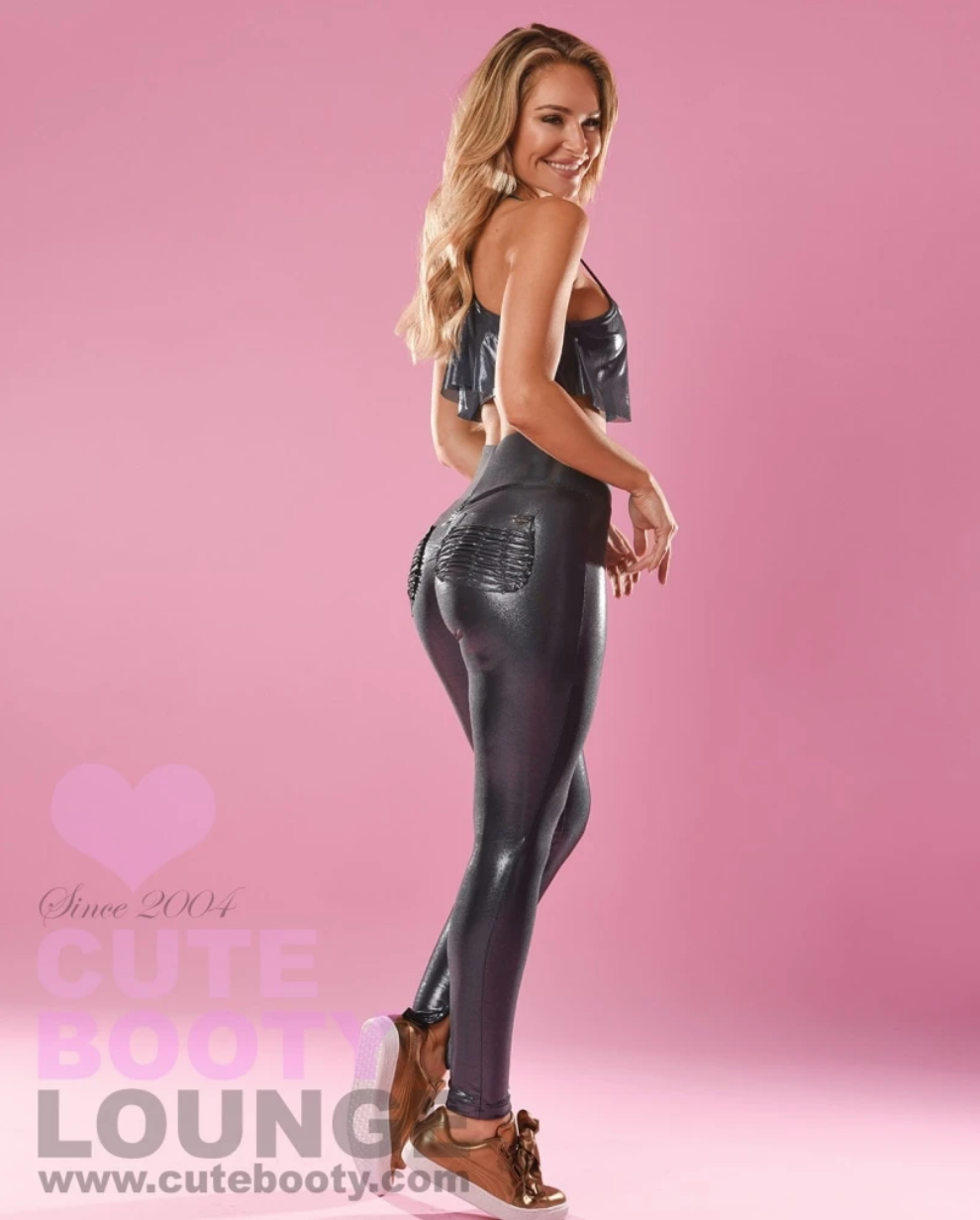 Well, this look is literally called Enchanted, so of course it's another one to consider for your Friday the 13th celebratory fun. You can shimmer the day away in this set, and go to the gym or a party - doesn't really matter, you'll look completely fabulous no matter where you are. Wear some sneakers, wear some heels - carry both with you to transition from day time to night time. Cover all your Friday the 13th bases. 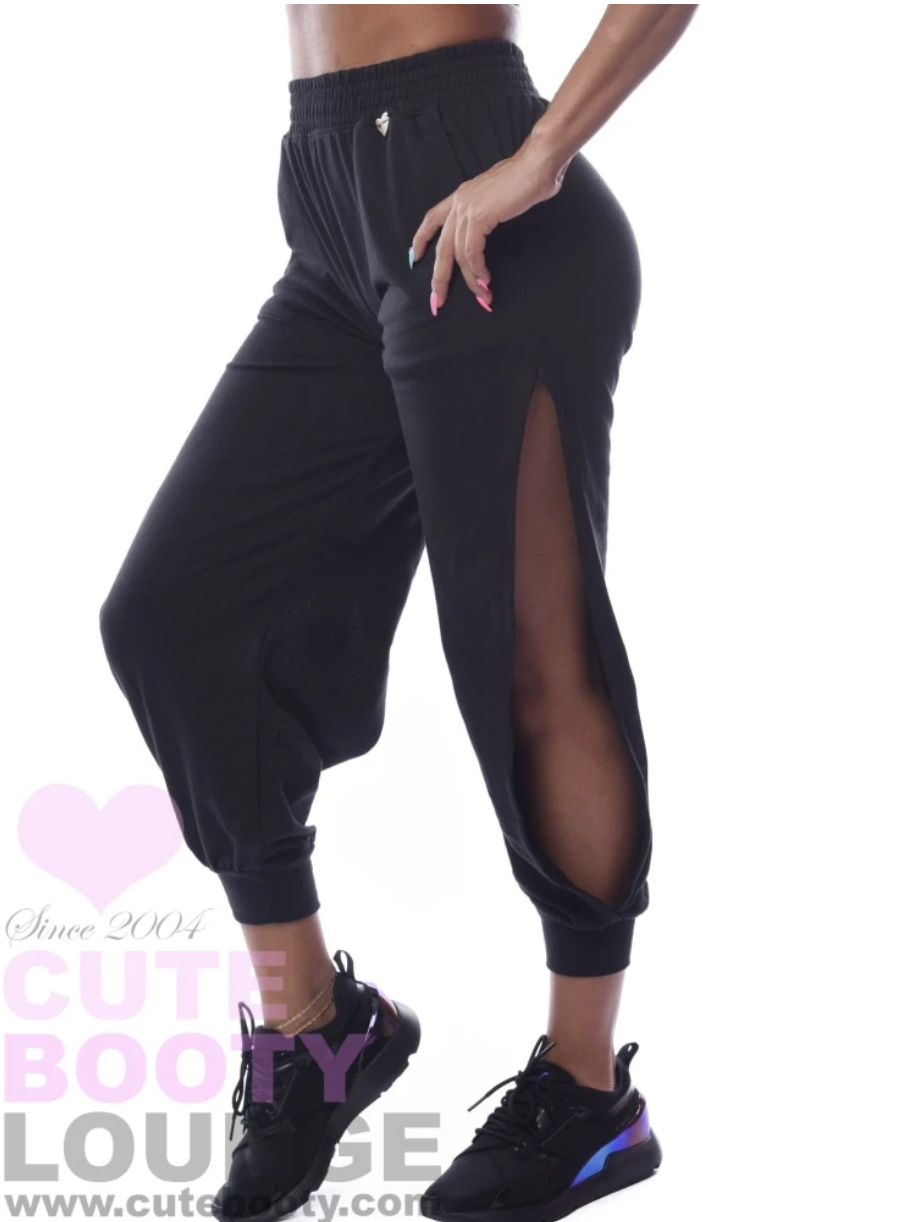 I call these the Black Night, my basic genie booty. What could possibly be more appropriate for a day like this? I love the slit detail, especially after I did leg day, because I feel like I'm showing off all that hard work that I did, lol. It's also perfect for the hot summer nights we've been having where you want to cover up but it's still sweltering out there. They're high rise to fit with your cute summer crop, too.

Tag me in your cutest Friday the 13th photos!

1. There's a little magic in the air. 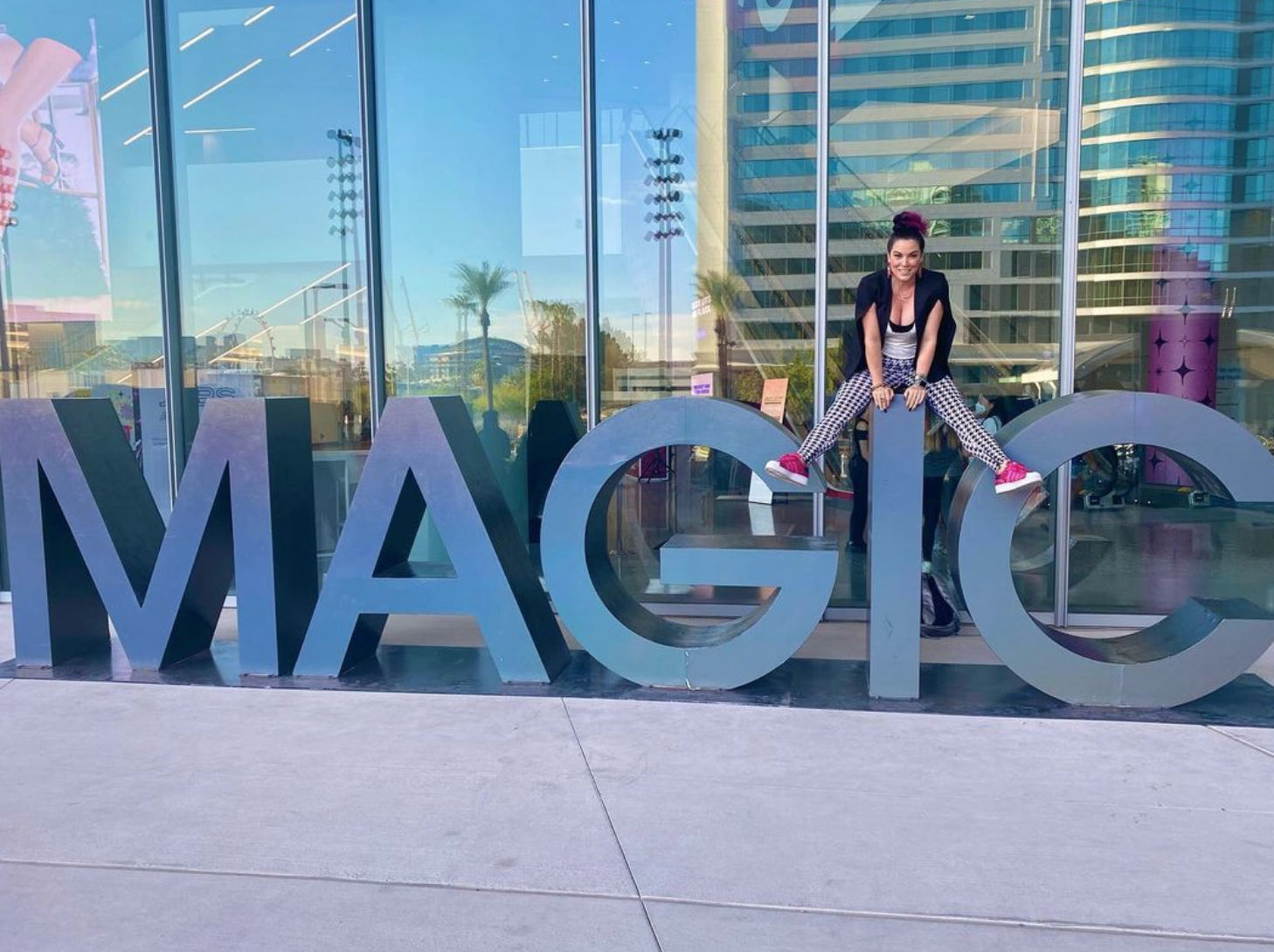 I'm at the Magic Tradeshow in Las Vegas, and yes, you better believe that I stood in line to take a picture on these giant letters. I have no regrets. Oh, and it's called the Magic Tradeshow, but it's actually a fashion marketplace - which is kind of my idea of magic anyway.

2. Another note about the trade show...

Is this TMI? Who goes into a Vegas bathroom at a well respected trade show, poops in the toilet, and doesn't flush it? I thought we were all adults here, but apparently that's not the case, yikes. I'm a little more afraid of public restrooms than I used to be. Yikes. Anyway, enough talk about that.

3. And a little throwback. 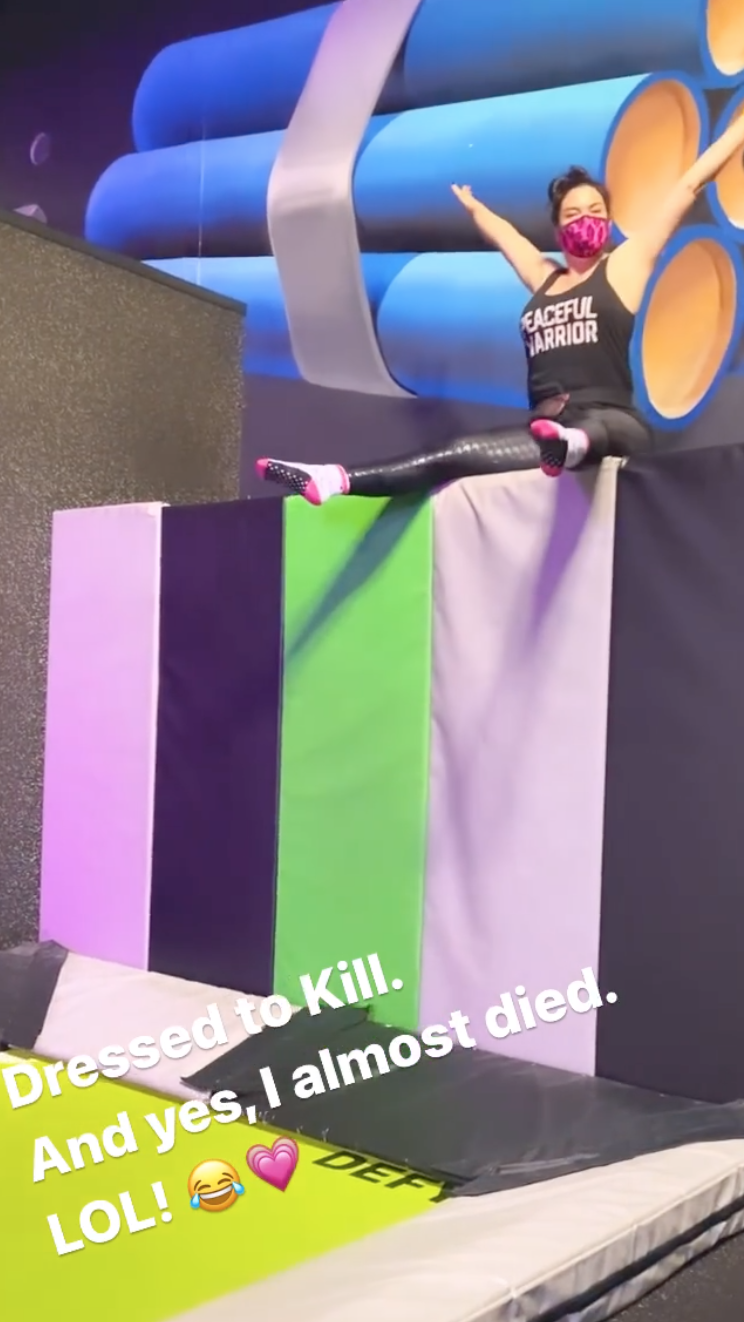 The Vegas vibes have got me thinking about fun times, like the time I went to this giant bouncy house and I pretty much almost died when I was bouncing around - but I did stick a few landings at least, lol. And at least I was dressed to kill.

Embrace your body, love your booty,

Keep up with Cute Booty!